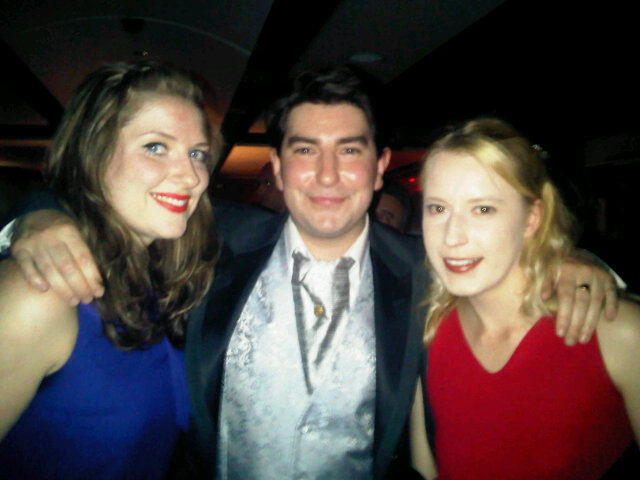 Twitter has somehow catapulted into a slightly undeserving position in the everyday norms of social communication. Nobody’s quite sure why, given its limited functions, but it certainly looks like Twitter isn’t going away anytime soon. Maybe I sound a little harsh, and don’t get me wrong, Twitter can be fun, if used correctly. So I have assembled a very personal guide to the pros, cons, dos and definitely DON’Ts of using it, garnered from my two years of experience running the Wireless Theatre Company’s Twitter feed – @WirelessTheatre – as well as my own personal one.

So let’s get on to the not so nice side of trying to navigate an enormous world of complete strangers: disadvantages:

So let’s get on to some basic ground rules. And to be entirely clear, this is a set of rules which, if you follow to the letter, will enable you to be a tweeter who does not piss me personally off. And let’s face it, that’s most people’s aim in life, right? To not annoy me? Good.

Rule 1 – Don’t just tweet about yourself and your boring life. Tweet about other, interesting things, that have no impact on your career. Tell me about good movies, or books, or what’s happening in the news, or ask questions, stimulate debate, say something controversial.

Rule 2 – Do not repeatedly @ me or any other individual. It is annoying for the person you are @ing, it is annoying for your other followers. Everyone is annoyed. This is not a good way to promote you, me or anything.

Rule 3 – Do tweet regularly. Although to be honest I will probably not notice if you don’t. And I fully understand that if it’s something you do outside of work and other social activities it can be hard to do it that often. But don’t tweet every 10 minutes of every day. I think 3 or 4 tweets a day is plenty, and if you have more than that then refer back to rule 1 and consider whether what you’re saying is actually worth saying.

Rule 4 – If you use links via bit.ly or other shortening site, be clear in your tweet what the link goes to. If you don’t tell me what it is, there’s no way I’m going to click it as I’ll assume you are trying to give me a virus.

Rule 5 – Do interact with people. If someone asks a question, do answer it. People are trying to reach out to you, they are probably lonely, you don’t need that on your conscience. It’s also fun to be part of a Twitter debate.

Rule 7 – Be funny. If you’re funny, you are much more likely to get people’s attention than taking everything very seriously. I realise not everyone is capable of this, but it really helps.

Rule 8 – Obviously do not expect me to follow any of these rules myself.