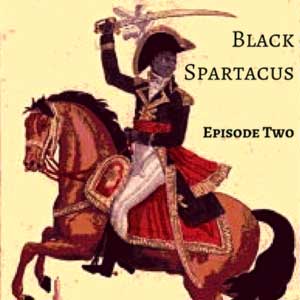 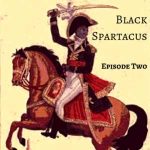 In Episode Two of Black Spartacus Toussaint L’Ouverture must choose between staging an uprising on behalf of the Royalist Planters, led by the sinister Count of Charlevoix, against the revolutionaries from Paris, in return for abolition of the whip on all plantations, or launching a full scale slave uprising. One stark question remains. Can the Count, among the cruelest of all planters in the Colony, be trusted?

As a growing air of intrigue and conspiracy gathers pace on the Breda Plantation, Marie, unsettled by all the secret talk of an uprising is caught spying on the plotting slaves. Can she balance her loyalty to her mistress with the rising call to freedom by her fellow slaves? As events unfold beyond anyone’s control how much longer can she go on ignoring the charismatic visionary Boukman’s prophecy that liberty is at hand for all slaves?