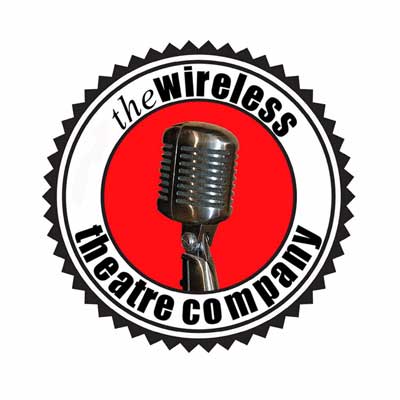 Improve Your Voice Reel to Get Cast in Audio Dramas

If you’re keen to break into voice acting, creating the best possible voice reel is key to showcasing your talents. What do our directors look for in a voice reel, you ask? Here is our break down of exactly what we are hoping to hear in your voice reel.

So, What do Wireless Theatre Want to Hear in an Actor’s Voice Reel?

At Wireless Theatre, we prefer to see reels segmented out into styles which showcase an actor’s different skills – so for example a versatile performer might have:

They might have some specific accent reels or examples of them speaking in different languages etc. Each of these clips don’t need to be longer than about a minute, except perhaps for the ‘character reel’ which tends to be more in depth. When we are listening to a lot of reels, we are not likely to listen to more than 60 seconds of each.

We find it super useful to have individual accents demonstrated on a reel – either separately or in one reel, because sometimes you’re after a specific accent and you can’t be 100% sure that people can always do the accents they say they can! be really HONEST ABOUT WHAT YOU CAN TRULY DO! Think carefully about any accents you put on a reel. You may be able to hold a Geordie accent for 30 seconds on a reel, but could you hold it for a full drama without much rehearsal? In audio, we audition where we can, but often timelines mean we cast from voice-reel only so if you put a decent accent on your reel, we’ll presume you are telling us that you can handle actually doing this accent for a job. Much better to put a one or two really strong accents on your reel than 20 that you can only sort of pull out the bag under pressure.

Is a Commercial Reel Enough?

What Pieces or Genres Should I Record in My Voice Reel?

We know that at drama school there is a strong emphasis on trying to seek out ‘new’ audition pieces to have in your wheel-house so that casting directors don’t have to see the same monologues performed over and over again. However, we have found in audio that this isn’t such an issue – we don’t really mind which piece you perform as long as it suits your voice.

What you include on your reel depends very much on what your skills are. The most important thing about a reel is authentically demonstrating what YOU can do WELL.

There’s no point doing a character reel if you really aren’t versatile as it will be clear that isn’t your skill-set. However, versatility isn’t always vital – certainly for non-fiction or books that don’t have plenty of characters the most important thing is that a narrator can lift a story off the page and bring it to life, inject light and shade. Essentially, good storytellers with an engaging voice so concentrate on delivering THAT on your reel.

Should I Work With a Director to Improve My Voice Reel?

It sometimes takes a little while to KNOW what your voice is right for and that’s when a good reel director can help you out and give you the right guidance. Basically you need to show off you.

What Would be Your Top Tip When Recording a Voice Reel?

Get to the meat of the piece fast.
We are frequently listening to a lot of reels so don’t listen to each one for very long. This means you should make sure you get straight to the juicy parts – no musical introductions (we once listened to a reel which had nearly 30 seconds of music before they spoke!) or long passages of sound effects or scene setting… show us what you can do quickly.

Can You Point to Good Examples of Voice Reels?

These two actors act as good examples of how voice-reels can really show off your skill set:

Read expert interviews on our blog

Voice reel submissions can be sent to website@wirelesstheatre.co.uk.