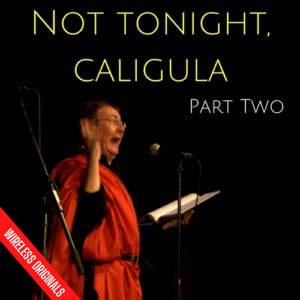 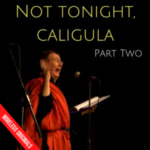 A laugh out loud adventure in the Roman court of Caligula… Madness and mischief ensues in a never before seen or heard production, written by National Treasures Ray Galton (Steptoe & Son, Hancock’s Half Hour) and John Antrobus.

Our live recording was recorded at London’s Leicester Square Theatre with an audience of over 200 comedy fans (including Ray Galton and John Antrobus themselves). Photos of the event are here.