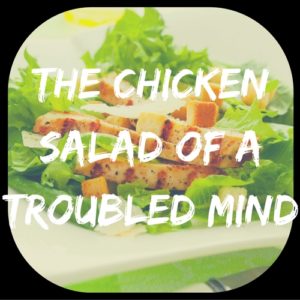 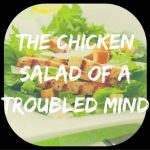 The winning script of our Young Writer’s Competition, The Chicken Salad of a Troubled Mind is set in the deep and murky subconscious of a troubled mind. We follow the footsteps of Sarah as she attempts to lunch with her mum, and bond with her sister, without her innermost thoughts brimming over the edge.

Helen Monks is a writer from Birmingham, who’s poetic style of writing caught the judges attention. Helen became Birmingham’s first Young Poet Laureate in 2005, played Pip Archer in The Archers, Co-founded LUNG theatre, and played William Shakespeare’s daughter in Upstart Crow. Helen is an accomplished playwright, winning many awards. Helen starred in Raised by Wolves on Channel 4. Helen wrote Chicken Salad of a Troubled Mind at the age of 20.

Chicken Salad of a Troubled Mind