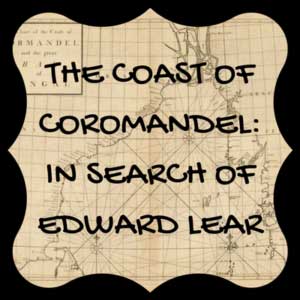 The Coast of Coromandel. Edward Lear has somehow become separated from his creations. They have no option but to set off in search of him. An excursion, with songs. Recorded and produced by final year students at The Royal Academy of Dramatic Arts.

The Coast of Coromandel Written by Lavinia Murray