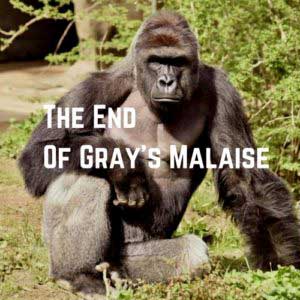 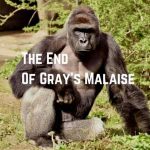 The End of Gray’s Malaise. He who knows the confines of his own prison is truly free.

It’s been ten million, two hundred and forty eight thousand, four hundred and eighty seven minutes and nineteen seconds since Webster Gray left the walls of his rented flat. However this morning something different is happening. Though Webster Gray remains not only perfectly content but adamantly resolute he will never again venture into the outside world, his own body has other ideas and makes a powerful break for freedom.

The End of Gray’s Malaise

A darkly comic tale of fear, dysfunction and redemption.

Written and Performed by Paul Trussell:

Paul Trussell is an actor and writer who has performed leading roles in many plays, television programmes and films. In 2007 he wrote and performed his first play Mouse at Underbelly in Edinburgh. He has since adapted it for the screen, and has completed a new stage play entitled The Seer.

As an actor Paul has worked with Mike Leigh several times; most notably in the original production of It’s a Great Big Shame at Theatre Royal, Stratford East. He has appeared in plays with The RSC, The Old Vic, The Bush and Shakespeare’s Globe including Mike Alfreds’ production of A Midsummer Night’s Dream.

Film appearances includes Mike Leigh’s Life is Sweet and Secrets and Lies, Roger Michell’s Titanic Town and The King’s Speech which claimed the 2011 Oscar for best picture. Paul has also appeared as a regular character in many television series including Crime Traveller, Vanishing Man, So Haunt Me, Big Meg, Little Meg and Cry Wolf as well as guest appearances in many others.

His latest role at time of writing is as the embittered actor Alan in a new play entitled Six Actors in Search of a Director written and directed by the great Steven Berkoff. He can be found on Twitter as @paultruss.