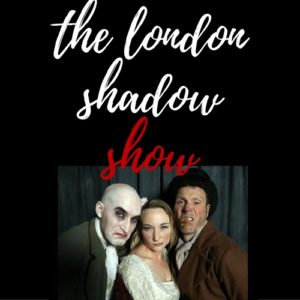 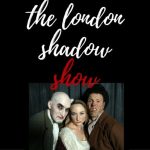 The London Shadow Show. London, 1888, somewhere south of the River Thames. Welcome to the urine smell of shadows. A sketch-based comedy series set within a Victorian penny gaff, in which three peculiar actors perform London-based sketches related to various themes of “freakishness” in nineteenth century society.

Introduced by the outlandish (and rather unnerving) “Monsieur” Shadow Man, each sketch or “London Legend” offers a frothy and boundless review of the various fecundities of Victorian life, such as eating boiled cabbage for the benefit of a Mother’s incestuous cravings, the self-delusions of a six foot gay aristocrat who believes he’s a midget, and a homeless man’s dispute with a crazed architect intent on demolishing the poor.

Take comfort then… The unknowable is as near to known as near can be….