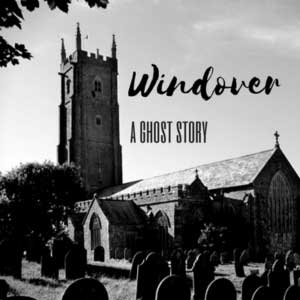 An atmospheric ghost story set on the wild Atlantic coast of North Devon, told through the eyes of Jenny, a girl of nearly nineteen, whose recently deceased grandmother, Mary, has bequeathed her ‘Windover,’ the cottage where she is staying with her father and his girlfriend during the summer vacation.

Before long Jenny starts to be troubled by visions of two teenage girls, and learns, from a photograph taken in 1934, that these girls are her grandmother, Mary and her friend Cathy. As the days go by and Jenny  becomes increasingly disturbed by the visions, she befriends Stephen, a neighbouring farmer and tries to enlist his help in making sense of what’s happening to her. Stephen, however, is evasive and little by little Jenny finds herself drawn into the tragic events that occurred nearly eighty years earlier.

PHOTOS OF THE ‘WINDOVER’ RECORDING SESSION

“An excellent production. Atmospheric; a well-structured story with believable characters.”

This reflects the range of drama available here at the Wireless Theatre Company – engaging, well-produced and finely recorded to give the experience of the drama rather more than the average radio plays found on the internet.

A memorably haunting production very much in the style of a traditional ghost story, with some thought given to the psychology of the characters. Some of the scenes I still remember about six months on from first listening, which is a sign of a strong production.