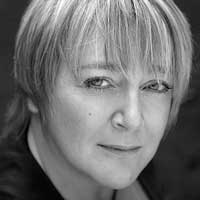 Cathy trained at the Drama Centre in London and has a wide range of experience across Theatre, TV, Film and Radio. This includes a number of years working in musical theatre in the West End and regionally.

Film credits include: THE INBETWEENERS MOVIE, LES MISERABLES and THE RUNAWAYS.

Audio credits include: FLUTTERBY and CAR 5 by Mark Catley (for BBC Radio 4), the four-part series OMEGA for Wireless, FEEDING TIME (premiered on BBC Radio Manchester) and an extract of KILLER BY NATURE (which was one of four finalists in Audible’s Audio Drama Production Competition) for Blencarne Productions.

TV credits include: Jimmy McGovern’s BROKEN, Kay Mellor’s THE SYNDICATE and THE MOORSIDE by Neil McKay.

Listen to Cathy in: Omega