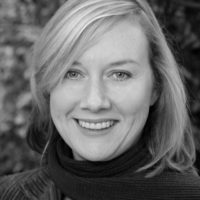 Zalie Burrow trained at The Guildford School of Acting on the Musical Theatre course. Theatre credits include Janet in the West End production of The Rocky Horror Show, Miranda in Forbidden Planet and Claire de Loone in On The Town. She has toured extensively with many shows and has worked in repertory theatre on several new productions, creating the roles of Kate in Blue Moon and Stella in Three Steps to Heaven.

Zalie is passionate about live theatre….particularly musicals, but having two young sons has changed her direction a little. She now voices radio and television commercials, and cartoons with Just Voices at – www.justvoicesagency.com/

Zalie appeared in TV Mini-series A World Without Maths.

You can hear Zalie perform with The Rocky Band, consisting of the original band members from The Rocky Horror Show and many of the cast. Visit The Rocky Band at – www.therockyband.com/

Listen to Zalie in: Devon Girl, The School Run