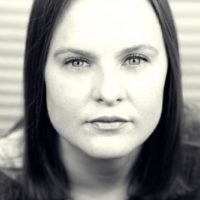 Her credits show great variety, and include Emily in Night Terrors (a darkly comic horror piece – endling with more blood on stage than Carrie!) for Dreamcatcher Theatre Company, playing Bullet (a 13 year old drug user) in Wasted for Theatre ADAD, and verious independant films, including Badmouth for Shush Productions, in which she played Kelly and has been nominated for Best Digital Short Film at the Raindance Film Festival.

Ceri is also a founding member of Tangible Theatre Company, which produced it’s first original piece of writing at the start of 2008.

Ceri starred in Gullibility Factor at the Edinburgh Fringe Festival as part of the collaboration between The Wireless Theatre Company & Random Cactus. Ceri has worked extensively over the years with Wireless Theatre, including most recently in Passenger 23 and Romeo and Jude for Audible UK.

Listen to Ceri in: Gullibility Factor, Purdy & Chase, Pig In Boots, No Cause For Alarm, A Tale Told By An Idiot