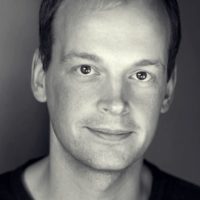 Neil Frost trained as an actor at The Liverpool Institute of Performing Arts. He also trained in clown with Mick Barnfather and Jos Houben (Complicite Theatre) and Phil Burgers (Dr Brown). Neil is also a skilled improviser having trained in longform improv with David Shore (Second City Theatre).

Neil has worked as a character comedian, clown and compere. He has a vast experience in corporate entertainment, having performed at The World Economic Forum in Switzerland and for various celebrities, royalty and CEOs.

Neil has been a studio audience warm-up comedian for ITV’s Loose Women. Also, he regularly performs cabaret at festivals such as Glastonbury, Secret Garden Party, Bestival and BoomTown Fair. Experienced in immersive and interactive theatre, Neil has work with pioneering theatre company Shunt and performance artistes Nigel and Louise (nigelandlouise.com) He also a member of comedy troupes The Honky Bonk Comrades and Café Kølbert Showwaiters (showwaiters.co.uk).

As an actor, Neil toured India for six months playing Sebastien in a tour of Twelfth Night and has also performed in Newsrevue – the worlds longest running sketch show.

Listen to Neil in: No Cause For Alarm, Pig In Boots, Spook Squad, 2010 Space Commander, The Dating Game, The Springheel Saga, Open Spots, The Saint Valentine’s Day Murder