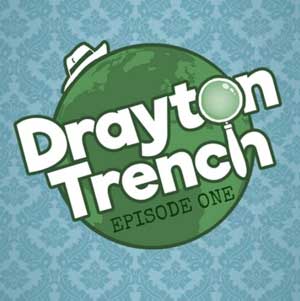 Jason Davis is an ordinary man who’s just witnessed an extraordinary crime. Alone and afraid, and with only one pair of trousers, he needs the help of London’s very best detective…

Join us for episode one of our six-part comedy series. Episode 2 released NEXT WEEK!

and Simon Kane as Phineas Urquhart

With lighting support from: Gareth Brown

Drayton Trench is a co-production between Wireless Theatre Company and Snatchback, and recorded live at the Museum of Comedy in London.

Photos of the live recording here!