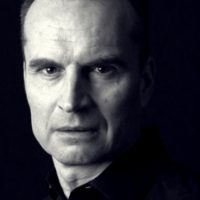 His stage credits include playing Angelo in Measure for Measure (Courtyard Theatre, Hoxton), Friar Laurence in Romeo & Juliet (Action To The Word/Abbeyfest), Simon in The Rwanda Play (Mountview Academy of Theatre Arts) and  Alexander and Prison Chaplain in A Clockwork Orange (Action To The Word/Proud Camden).

Jeremy’s credits also include work in TV and as a voice over artist.