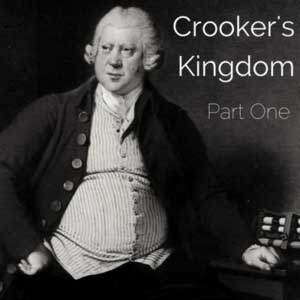 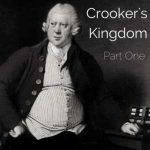 Supernatural Audio Drama based on a Derbyshire Legend

Sir Richard Arkwright has brought modernity to a remote corner of Derbyshire with the creation of Cromford Mill. Now, as his crowning glory, he’s going to build himself a castle – but first a strange outcrop of rocks will have to be removed. Locals warn Arkwright of a local legend about ‘Crooker’, a dangerous nature spirit, but Sir Richard scoffs at such notions until it becomes clear an uncanny force in the landscape is prepared to fight him for ownership of the valley.

Recorded on Halloween night, 2015, on location at Cromford Mills in Derbyshire, Wireless Theatre and playwright Marty Ross present another of their unique live radio drama recordings, mingling Cromford’s history with the supernatural chills of an authentic local legend.

Produced and Directed by ROBERT VALENTINE