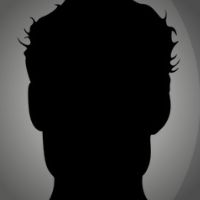 Marty Ross is a writer. Born and raised in Glasgow, Marty’s life in the world of drama began with acting and stage management at the Glasgow Arts Centre, but his ambition was always to be a writer, his first stage-play, the erotic ghost story Night of the Orchid getting a fully staged reading at the Liverpool Everyman. Dark Hearts, a twisted gothic love story set in a Glasgow tenement was short-listed for a prize at the Warehouse Theatre Croydon’s International Playwriting Festival and subsequently performed by the Steam Industry at the Finborough Theatre. Meanwhile, back in his native Glasgow, The Midnight Queen, a mystery story set in Victorian Scotland and London, was produced, under his own direction, by the Upstage Theatre Company. Later, BBC Scotland arranged a performance at Edinburgh’s Traverse Theatre of his play Moyamensing, a surreal and blackly comic depiction of the nightmares and harsh realities surrounding the life and death of Edgar Allan Poe.

Marty Ross also performs as a live ‘stand-up’ storyteller with the Storytellers of Nottingham, most often performing his own weird and wonderful variations on Scottish folklore. One of the pieces he developed in this form, the ghost story Rannoch, won a prize at Scotland’s Pitlochry Festival Theatre and was performed there on-stage by professional actors in early 2008.

Writing for the theatre provided many more disappointments than opportunities and Marty’s professional career truly took off when BBC Scotland’s radio drama department took a committed interest in his work. With them, he has had eight plays produced in less than seven years. This has included three Radio 4 afternoon plays – A Hundred Miles (2002), set in contemporary Russia, A Breath From Other Planets (2005), portraying the psychodrama that lay behind the most radical innovations of composer Arnold Schoenberg, and My Blue Piano (2007), portraying the Jerusalem exile of eccentric German poet Else Lasker Schuler as she drifts in and out of an intense fantasy life filled with angels and ghosts. Then there was The Darker Side of the Border (2003), featuring free adaptations of three classic Scottish tales of terror: The Captain of the Polestar, Olalla and The Brownie of the Black Haggs He has also had two five part serials produced by BBC 7: the science fiction thriller Ghost Zone (2004) and the dark supernatural romance Catch My Breath (2007). Medusa on the Beach was his first play for the Wireless Theatre Company. He has since written many plays featured on our site, or available from Audible.

Audio drama remains his favourite form, for the liberty it offers a writer whose work sticks up two fingers at the dominant ‘social-realist’ aesthetic. In what other medium would a writer like him enjoy the imaginative freedom to range from the Arctic ice floes to the dream lives of expressionist poets, from alien invasions and demonic seductions in the Scottish highlands to a polythene bag washed up the beach of a seaside town, full to bursting with ancient terrors?

Night of the Orchid, Blood and Stone, The Woman on the Bridge, Redder than Roses, Medusa on the Beach, Crookers Kingdom