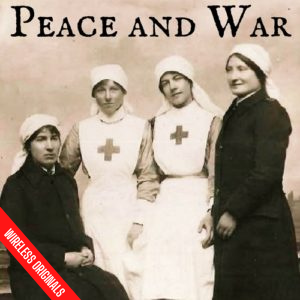 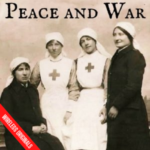 Peace and war is a factual drama based on a WW1 nurse diary. Inspired by the author reading her mother-in-law’s diaries of her times in Germany in the early 1900’s and as a nurse in France during World War 1.  ‘Evelyn’ was a remarkable woman who lived through a fascinating time of change in the lives of women during both peace and wartime experiencing a freedom that is surprising even today.

Peace and War explores the extraordinary life of a young woman, Evelyn, who at the start of the First World War went to France to nurse injured soldiers at the Front. Her German father, who she adored, ran off when she was young, leaving her, her mother and her siblings with huge financial insecurity.

Based on a WW1 Nurse Diary

The story begins in Germany in the early 1900’s where Evelyn spent many years teaching in Hamburg with her mother. She had a fascinating time travelling on the continent and working abroad as a governess and was back in Hamburg when war was declared. She and her mother endured a long and perilous journey back to England, when English nationals were repatriated.

She nursed for some time at the front in France, where the working conditions were harrowing and the soldiers’ injuries agonising to witness, but the unusual circumstances of her early life led to an independence of spirit which helped her survive.

Written by Barbara Frost based on the WW1 Nurse diary of her mother in law.

Other parts were played by members of the cast

Produced and directed by Cherry Cookson

Reviews of Peace and War

1 thought on “Peace and War”