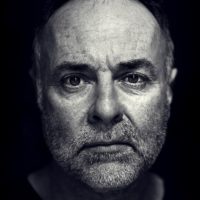 Gerard trained at the Royal Welsh College of Music and Drama.

Gerard has completed his fifth season as a member of The BBC Radio Drama Company and can be heard in many dramas currently airing including, El Cid: The Lives And Loves Of A She Devil and Jane Eyre.

Gerard plays The Impresario in the feature film Set The Thames On Fire. Gerard’s voice reel can be heard on his Spotlight Page.

Listen to Gerard in: Peace and War and The Chief