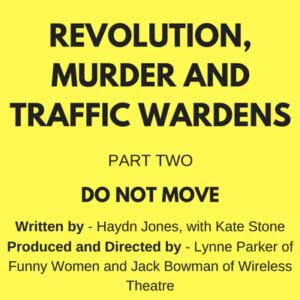 In part two, Mike knows the life of a revolutionary is complicated, and often involves going “off grid,” but this doesn’t usually involve enrolling in Traffic School or chatting your teacher up. Now the bodies are piling up and a mystery caller has begun leaving messages, but are they friend or foe? And can the gang cut it as they become what they once hated?

Wardens played by the cast