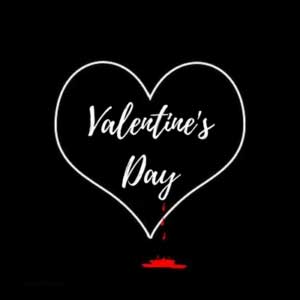 Valentine’s Day is a dark audio drama by Derek Webb. When Chris gives his wife Nicola a present of some saucy undies as well as a card, it’s with the hope of spicing up their marriage. Nicola is a successful advertising executive, whose career seems to be assuming more and more importance. In the post, she also gets another card from someone called Stuart who she doesn’t know. But he certainly seems to know her and isn’t content with just sending a card.