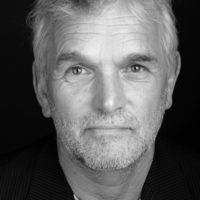 Trevor trained at East 15 Acting School, where he won a freelance contract with the BBC RDC as part of the Carleton Hobbs Bursary Award scheme.

He has appeared in several plays for the BBC, including a couple of Poirot’s, A Gun Powder Plot and more.

Seen in Germany as Bert Cooper in Gefarliche Brandung he is also the face of soft cheese in Switzerland. He has appeared in Passenger 23 – a Wireless Theatre production for Audible UK.

Listen to Trevor in: A Funny Old Business, Valentines Day, Pig in Boots and Spook Squad