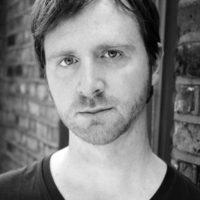 Simon Kane is an actor, writer, and associate artist with the theatrical collective Shunt with whom he co-devised and appeared in Dance Bear Dance, Tropicana, Amato Saltone, Money, The Tennis Show, The Boy Who Climbed Out Of His Face as well as various activities and installations at the Shunt Lounge. With artistic director David Rosenberg he also performed in Contains Violence, Monument and Ring.

Other theatre credits include The Buskers Opera at the Park Theatre; Frankenstein and the Sharks of Doom and Diary of a Nobody for The Mighty Fin; The Al-Hamlet Summit, Melting the Ice, and Kalila Wa Dimna for Sulayman Al- Bassam; and Simon’s own shows Princess Plimsole, Iago’s Little Book of Calm and the ongoing Jonah Non Grata.

Writing credits include That Mitchell and Webb Look (BBC 2), Before They Were Famous, Laurence and Gus: Hearts and Minds and That Mitchell and Webb Sound (Radio 4). Radio credits include John Finnemore’s Souvenir Programme, North By Northamptonshire: Full Stop, John Finnemore’s Double Acts: the Goliath Window, Occupied, Six Impossible Things and Before They were Famous (all Radio 4). Simon also plays Sir Maxwell House in The Monster Hunters podcast.