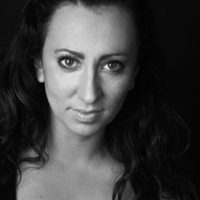 Alyssa Kyria is an actress, comedienne and writer who trained at Mountview.