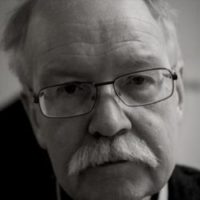 Nick Lucas qualified as a solicitor and ran away to join the theatre.

He’s terrified children (and adults) as an actor at The London Dungeon, awed them with Sir Winston Churchill impersonations on the amphibious London Duck Tour, been Field Marshal Sir Douglas Haig at Rondo Theatre, Bath, been Merriman in The Importance of Being Earnest at Theatre Royal Bath.

Nick worked with the Natural Theatre Company to get his Equity card, and went on to train at the Old Vic Theatre School in Bristol, appearing in the West End with Robert Lindsay in Cyrano de Bergerac and in The Hostage.

He has toured extensively in the UK including the tour with Susan Hampshire in The Lady In The Van which also came to the Theatre Royal, Bath. His television credits include Casualty, Frost, Pie in the Sky and the black comedy series Snuff Box on BBC 4.

Nick is a keen military historian and collector of militaria.  You can hear Nick in I, Regress a new sit-com for Radio 4 by Matt Berry.

Listen to Nick in the following Wireless Theatre productions: