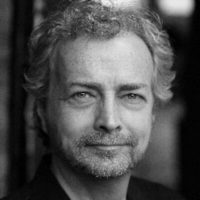 After a career selling TV programmes around the world Andrew trained as an actor at the Bristol Old Vic Theatre School. He left to a baptism of fire to do a weekly rep. season in Devon, doing 12 plays in 14 weeks. Since then he completed a year at the Royal Shakespeare Company, toured Germany and Eastern Europe as Lord Henry in ADG’s The Picture of Dorian Gray and played the Pilot in The Little Prince.

Listen to Andrew in: We Are Not The BBC, We Are The BBC, Stage Fright, The Springheel Saga, Cross Party and Angel