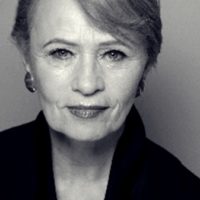 Belinda has worked in Theatre, Television and Film for many years and more recently for radio.

She has worked with the director Ken Russell, Mike Figgis’s film The Browning Version and co- starred with Maggie Smith in the long running farce Snap. She was a member of the Jean Louis Barrault company performing in the hit show Rabalais at The Roundhouse.

In the mid 80’s to the 90’s she co – founded and performed in The Somerset and Dorset Theatre Company, touring classical and modern plays and commissioning new writing.

More recently she has been in the film Far from the Madding Crowd and the Fox T.V. series Legends and The Village Fete.

Listen to Belinda in: Peace and War