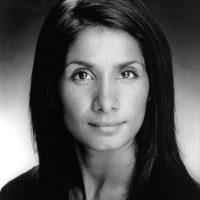 Balvinder graduated in 2001 with a degree in Theatre Studies with Media.