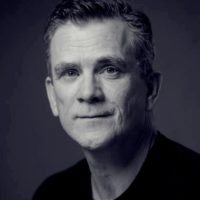 Mark was a member of the National Youth Theatre and trained at the Central School of Speech and Drama, 1977-1980.

He has twice been a member of the RDC 1982-84 (during which he played Kipps in the Classic Series) and 1989-91 (playing Ferdinand in The Tempest with Sir John Gielgud). He has enjoyed a variable career in Television, Theatre, Film and Radio.

Listen to Mark in: DEVON GIRL