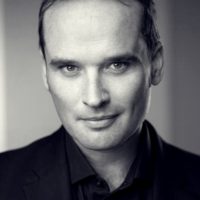 Ben has performed in Great Scott!, an anarchic Antarctic epic touring comedy from Gonzo Moose. He performed a one-man show at the London Horror Festival and voiced the title role in Golem (Young Vic and tour), produced by multi award-winning theatre company 1927, directed by Suzanne Andrade and Paul Barritt.

Ben has also worked with internationally renowned, multi Oscar-winning animation company Aardman since 2003. He has often been heard as the voice of Wallace in Wallace and Gromit productions and multi media platforms, most recently on the BBC1 programme.

Ben’s voice samples can be listened to on his Spotlight Page.