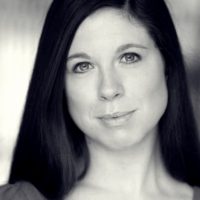 Sarah trained at the Birmingham School of Acting.

Theatre credits include: Separate Tables (Birmingham Hippodrome and Regent Centre, Dorset), Martha, Josie and the Chinese Elvis (Upstairs at the Gatehouse and The Pier Theatre, Bournemouth), The New Prime Minister (The Cochrane Theatre and LOST) ‘Viola’ in Twelfth Night, ‘Lady Macbeth’ in Macbeth and Queen Elizabeth in Richard III (Pendley Shakespeare Festival). An Inspector Calls, A Warwickshire Testimony, As You Like It, Macbeth and Death of a Salesman, Helena in Midwinter Dream and Comedy Chekhov all for The Bridge House Theatre.

Sarah frequently narrated talking books for the RNIB and most recently played Nancy in The Wireless Theatre production of Romeo and Jude for Audible UK alongside Owen Teale and Matthew Tennyson and various roles in The Ibsen Plays also for Audible.