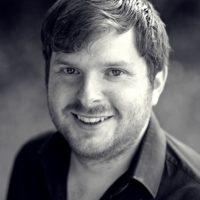 Michael has appeared in several television commercials including campaigns for PlayStation, First Utility and Curry’s.

Listen to Michael in: Peace and War