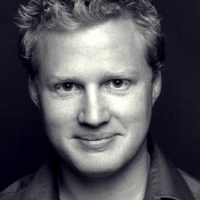 David trained at LIPA and has worked with The Wireless Theatre Company since it’s launch in a number of productions both live and studio based.

Other acting credits include; Paul in the award winning play ASAP by Stuart Price, as well as portraying game show host Vincent Walker in Stuart’s other recent success, Lucky Dip. David has also toured Shakespeare extensively with Dean Taylor Associates – playing various roles, including; Petrucio in The Taming of the Shrew, Borachio/Conrad in Much Ado About Nothing and Angelo in A Comedy Of Errors.

David is co-founder of Stopped Clock Theatre Company, who took four productions simultainously to the Edinburgh Festival in 2009, winning two awards whilst there.

David is an accomplished director, who has directed many productions for Wireless Theatre, including all 8 live recordings at The Edinburgh Festival’s Pleasance Dome for the Couples Who Changed The World series and Romeo and Jude, a five hour modern day adaptation of Romeo and Juliet for Audible.co.uk. For the stage he directed the smash hit International production of The Simon and Garfunkel Story which toured worldwide. http://www.davidbeck.biz/

Listen to David in: Spook Squad, Pig In Boots, The Grimm of Stottesden Hall, The Youth Of Old Age, Trench Kiss, Amelie’s Party