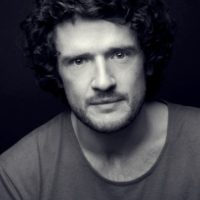 Listen to Edward in: THE YOUTH OF OLD AGE, SHAKESPEARE SCENES