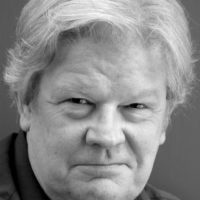 Greg Page trained at The City Lit and has played in Much Ado About Nothing at Shakespeare’s Globe on the South Bank as well as appearing in the West End at the Jermyn Street Theatre in The Fantasticks. Most of his stage performances have been on the London and Brighton Fringes.

He has played an Irish gay street preacher in the award winning film Straight Out, a psychopathic pensioner in another award winning film The Marrowing and a predatory gay teacher in the Uncle Monty vein (Withnail and I) in a film recorded on location in Thailand.  It is still in post production.  He regularly records stories and voice-overs for radio and the web.  Greg is a regular WTC and Wireless Theatre Live performer. He played Jaspar in their production of The Chief. Greg’s voice clips can be heard on his Spotlight Page.

Listen to Greg in: Help! I’m Prisoner In a Toothpaste Factory, Life At Death’s Door, The Robber Bridegroom, The Maiden Without Hands, Stagefright 2014,  Crooker’s Kingdom and The Chief.