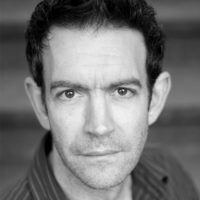 Television credits include: Midsomer Murders; Inspector Jury and The Bill.

Harry has appeared in over 250 plays and serials for companies like the BBC, Big Finish and Audible.

Plays for Wireless Theatre Company include Just One Damned Thing After Another; Black Beauty; The Ibsen Collection and most recently, Treasure Island.

He has also performed as a musician all over the world.