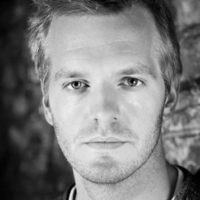 Ben was an actor for over 10 years before moving into production in 2010. He now produces and writes regularly for corporate and commercial video.

As an actor, theatre roles varied from lead roles on the London Fringe to Edinburgh to classical Shakespeare to the number one tour of The Hobbit. Screen credits included lead roles in a number of short and feature length films and commercials.

Listen to Ben in Cormorant and Turning The Tide.