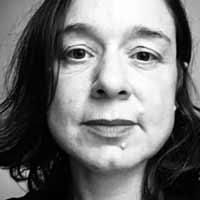 Jane Downs is a freelance writer of audio drama, fiction and reportage. Her work has been published amongst others by Litro in the UK, by Minerva Rising and Pen and Brush in the US.

Inspired by the “Arab Spring” of 2011, Battle Cries draws heavily on her knowledge of the Middle East and the year she spent living in Damascus.

With a degree in Arabic from Cambridge University, Jane Downs has travelled extensively in the Middle East and North Africa. She has worn various hats, including that of tour guide, translator and teacher, all of which have helped develop an awareness of language and its importance in bridging cultural and social divides.

Jane now lives Paris where she has finally set down roots. The city and her experience of it has inspired much of her later work, which she likes to combine with her post-graduate training in Art History.

Jane’s work can be found at: