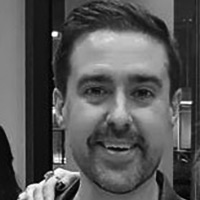 Robert Valentine (Rob Valentine) is a writer, director, script editor and producer. His recent audio credits include writing and directing the acclaimed sci-fi podcast series Hypnopolis (BMW/Jung von Matt), which won Adweek’s 2020 Podcast of the Year Award, and Murmurs (BBC Sounds), which has been shortlisted in the 2021 BBC Audio Drama Awards.

Audible UK/Wireless Theatre credits include writing and co-directing Albion: The Legend of Arthur, and directing both Little Women, which starred Academy Award-winner Laura Dern, and In Their Own Words, which featured Miriam Margolyes, Martin Shaw, Indira Varma, Daniel Mays and David Haig.

For Big Finish Productions, his writing credits to date include Doctor Who: Shadow of the Sun, Doctor Who: The Lovecraft Invasion, The Paternoster Gang: Heritage 3, Master! and multi-Doctor extravaganza, Doctor Who: The End of the Beginning. He is also a script editor on the forthcoming Time War series, The War Doctor Begins.

Rob’s upcoming projects include a novel adaptation for BBC Radio 4.