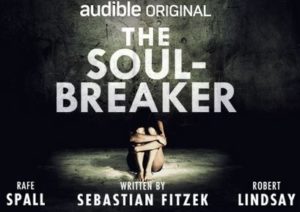 The Soul-Breaker by Sebastian Fitzek

We were super excited to be working again with Rafe Spall on dark  thriller ‘The Soul-Breaker’ which is our latest multi-cast drama for Audible. The production also stars Robert Lindsay, Adjoa Andoh and Robert Glenister, was directed by David Beck, produced by Jack Bowman with sound design by Joe Richardson.

It’s available for pre-order now from Audible and will be released later this summer.