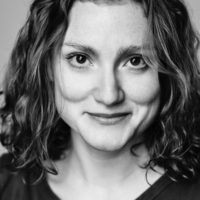 Morag trained at ALRA where she was nominated for the Spotlight Prize.

Film: Our Robot Overlords (Pinewood), Scrawl (Kicked by a Mule).

Listen to Morag in Trench Kiss, A Gentleman Of My Own Making, Carried, Adam and Eve and Eric, Apocalypse Slough, Hitler vs Ford