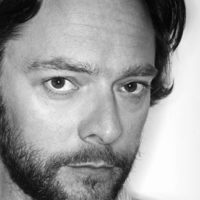 Nicholas is perhaps best known for his voice acting roles in video games, such as Dragon Age II and Mass Effect 3. He is also a prolific audiobook narrator.

Notable appearances in TV and Film include Game Of Thrones, Shakespeare In Love, Doctor Who, Arn The Knight Templar, Midsomer Murders, and many more.

He recently returned from four months on Broadway performing in the Royal Shakespeare Company’s hit stage adaptions of Hilary Mantel’s books, Wolf Hall and Bring Up The Bodies.

He is also an accomplished voice actor with a long list of video game credits to his name including Assassin’s Creed, Mass Effect 3, Fable III, The Witcher 2, Star Wars – The Old Republic, and more. He is the voice of Garrett Hawke in Dragon Age 2, and Kian Alvane in Dreamfall Chapters.

For Wireless Theatre he has recently starred in their multi-cast Audible dramas Monster 1983, The Chekhov Plays, Black Beauty and Just One Damned Thing After Another.