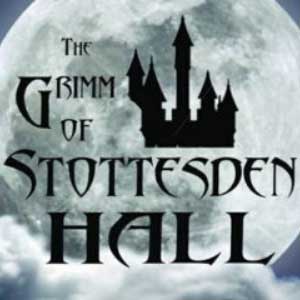 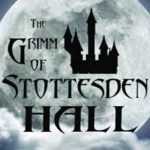 Wireless Theatre Horror and Thrillers
The Grimm of Stottesden Hall

Based on the works of Edgar Allen Poe, The Grimm of Stottesden Hall was recorded in front of a terrified live audience on the 7th May 2009. Come with us as we take you on a journey of madness, terror and gruesome, GRUESOME MURDER! The decaying walls of Stottesden Hall are the setting for our LIVE recording of an original gothic horror radio play by award winning team, writer Stuart Price and composer Michael Bruce.

TRUE! Nervous, very, very dreadfully nervous I had been and am; but why WILL you say that I am mad? The disease had sharpened my senses, not destroyed, not dulled them. Above all was the sense of hearing acute. I heard all things in the heaven and in the earth. I heard many things in hell. How then am I mad? Hearken! And observe how healthily, how calmly, I can tell you the whole story.”

“Wireless’s live show was an Edgar Allen Poe inspired horror, and listening to it on air meant that your imagination could run riot and conjure imagery far scarier than a set designer could budget for.”

OTHER TITLES BY STUART PRICE INCLUDE; ON THREE, THE YOUTH OF OLD AGE AND THE PIPER & MUSICIANS OF BREMMEN