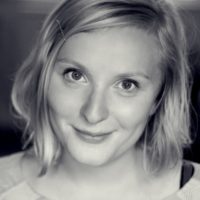 Jessica Dennis graduated from East 15 Acting School in 2007. During her time there she was lucky enough to be chosen to perform at The Globe Theatre, as part of the Sam Wanamaker Festival.

Since graduating from East 15 Acting School in 2007 Jessica has performed in numerous projects across stage, screen and radio.

She has worked with the Wireless Theatre Company on many of their live recorded shows and can be heard as Charlotte Fitzrandolph in their on-going Springheel Saga series. Jessica has also starred as Kitty in Wireless Theatre’s production of AMOK for Audible, Aksinya in Lady Macbeth of Mtsensk for Radio 4 and starred as Jenny in the number one tour of The Deranged Marriage. Jessica’s voice can her heard on her Casting Call Pro Page.