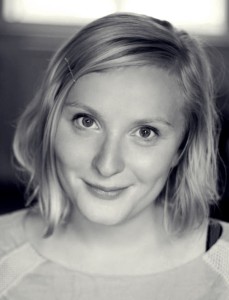 Learn to love your voice with Jessica Dennis, who has leant her incredible vocal talents to many Wireless Theatre productions. It may surprise you to learn that the actor turned vocal coach hasn’t always been a fan of her own voice. We caught up with Jessica and picked up some tips for those who dislike their voices.

You’ve had a long and happy association with Wireless Theatre, and put in some fantastic performances. How did you come to join the team?

I loved the audio drama part of our training at drama school, but sadly didn’t make the Carlton Hobbs team (the BBC audio drama award for actors in training) and so my teacher suggested I look into this new, up and coming online company called Wireless Theatre. I wrote to them a few times, to no avail, then saw a casting on the now defunct CastingCallPro, applied, auditioned and got the job! That was The Grimm of Stottesden Hall back in 2009. I was asked if I fancied taking part in a table read of Springheel’d Jack the next day and the rest, as they say, is history!

You’ve worked across a wide range of media. Do you have a preference for audio or video?

I love working on camera, but there is something about the freedom of audio that is just joyful. You can play characters you’d never be considered for on camera, you get to time travel and fight dinosaurs, all without the worry of budgets and special effects. It really is the most fun.

Did you always love your voice? How did you become an accent and voice coach?

I’ve always been very aware of my voice. I grew up with nodules on my larynx and had a lot of speech therapy. I spent a lot of time feeling conflicted about my voice. I was told it was weird and a bit broken or unhealthy sounding, but the fact that it was unusual, that got me work. I’d be on theatre jobs, playing lots of different characters, with lots of different accents and actors would ask if I could show them how I did it or help them learn an accent for an audition and it grew from there. Although lockdown meant I lost my theatre job, it also gave me a big opportunity to develop my teaching. I could engage with more people through online group workshops and it gave me time to do more research into voice confidence. The more I read and the more people I spoke to, the more I realised SO many people hated their own voices. I wanted to see if I could help non-actors find their voices, to see if by giving them some technique and telling them all the good and wonderful things about their voice, I could help them find and love their own voice.

How long does it take you to research and learn a new accent? How do you go about it?

I’ve got quite a set structure now, so it’s getting a bit quicker each time. I find people with the accent I need, ask them to record a set of very silly phrases I’ve come up with and then ask them questions about the sounds, I’ll try to find a few people with the voice so I can make comparisons, where possible. I’ll also do a lot of reading about the accent, where people argue over which phonetic symbol is the right one. You start to realise that there is no such thing as a pure accent, so as I teach, I make it clear that there are LOADS of variations that are legit and no such thing as a textbook perfect accent. I break the accent down visually, using phonetic symbols and phonetic spellings (the symbols are like a whole language and some people hate them), then work through from consonants to monophthongs (simple vowels) to diphthongs (more complicated vowels) and then into text. Each session is followed up with personalised typed notes and a voice recording of me doing the sounds.

Are there particular accents that are harder to get right than others?

It really depends on what your accent is to begin with. For me, Northern Irish accents are really tricky to get my mouth around. There are just so many changes that feel utterly counter intuitive to my mouth. I have a student from Turkey who I think would say RP, there are sounds and shapes that RP speakers make that just don’t exist in Turkish. So it varies massively from person to person.

Is there a particular accent you enjoy hearing and performing?

I genuinely love them all. I’m a massive geek for this stuff and love nothing more than listening to someone and trying to puzzle out where they’re from and if there’s a hint of this or a hint of that in there. It’s fascinating. I’ve really enjoyed performing in a Geordie accent, it’s wildly different to my own and just a huge amount of fun to play with. There’s nothing quite like finding and learning a brand new accent, so much fun.

Can anyone learn to speak convincingly with a different accent, or do some people have more of a gift than others?

Good question. I think it’s a bit like singing. Some people can just do it. They hear a tune and it comes out of them with fluidity and emotion, they can hear the harmony within it and that is just a gift. Some people need to read the music and be taught the intervals. Some people need relentless note bashing to be able to just hold a tune. And a very very small number of people just can’t hear it at all, but they are a really tiny number. I think it’s the same with accents.

Which has been your most satisfying project so far?

That is such a hard question. I think my most satisfying jobs tend to be creating theatre for young audiences. I’ve been lucky to work with some amazing companies that specialise in this area. Box Clever are a company that I think do particularly brilliant stuff for young audiences. We’ve recently been working with students to create a stage adaptation of Jekyll and Hyde. I love finding out how we can bring the piece to life in a way that will support their learning, but more importantly that they will enjoy and remember and not feel patronised by.

What are you working on at the moment? Do you have any interesting projects Wireless Theatre listeners can hear or see you in soon?

I’m actually about to do some Shakespeare for young people with The Orange Tree Theatre; a bit of Twelfth Night for primary school kids. Aside from that, I’ve recently voiced my first animation for a beautiful graduating project at the NSFT called The Night of the Living Dread, which should be out soon!

Do you have any tips for people who feel uncomfortable with the sound of their own voice?

If you don’t yet love your voice, let go of judgements you’ve heard others make about your voice and hone in on the something you like. Find what you’re good at and celebrate and embrace it. Your voice is unique and brilliant.

Who do you work with as a voice coach? What effect does voice coaching have on them?

Other than actors, I’ve worked with people that want help with pitching or presenting at work, and people with social anxiety that want to learn how to breathe and be heard. It’s been completely fascinating. So much of the time it is just about confidence; focussing on breath and control and celebrating their strengths. Helping them to find their own voice and to reinforce the importance of what they have to say.

Listen to Jessica Dennis in: