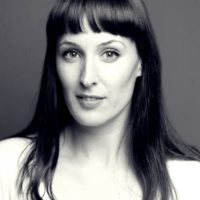 Graduating from Mountview, Josie represented her drama school at the Carleton Hobbs bursary award which is where her love for audio drama (and the realisation she can sound much younger than her years!) all began.

Since then, she has voiced an app for CBeebies, worked extensively with both Wireless Theatre and Audible, and appeared in operas both in London and abroad, including Alcina for Festival D’Aix En Provence directed by Katie Mitchell.

Josie has also toured repeatedly with the Young Shakespeare Company and through them worked with the Orange Tree Theatre, helping to make Shakespeare accessible to younger audiences.