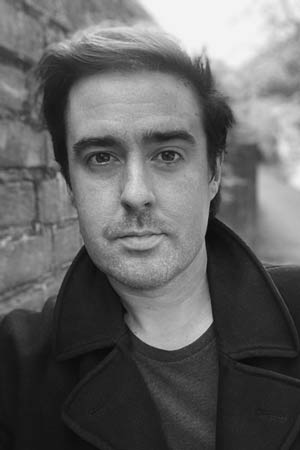 Robert Valentine is the award winning writer, director and producer of The Springheel Saga and Red Moon, and has written many fantastic scripts for audio dramas. We caught up with Robert to discover his proudest moments, pick his brains for writing advice, and pry into his current projects.

I got involved with audio drama as a direct result of Wireless Theatre, it’s that simple. Mariele formed the company at a time when I really wanted a creative outlet and a big canvas to work on, and so Jack Bowman and I pitched The Springheel Saga to her, and it all just carried on from there. Thanks to Wireless, I’ve got to write and direct some really fun, original productions such as Red Moon, and even get flown to New Jersey to direct Little Women for Audible UK, which was one of the happiest experiences of my professional life. It’s been a wonderful relationship.

You’re a man of many talents; writing, directing and producing. Which role do you prefer?

I’m a writer by nature, but I also love directing and overseeing the editing process, which is itself the final stage of writing. Overall, they’re all part of the same act of creation, and sometimes it can smart letting others take your script out of your hands and finish the process for you. However, I must confess to finding producing the least enticing job, but it is a necessary headache. Maybe this is the control freak in me, but as a writer/director it’s still a good idea to shoulder at least some producing duties, even if you don’t enjoy it, simply to make sure everything heads in the right direction.

Which has been your favourite project to date?

What are the biggest challenges you have faced as a producer or director? How did you overcome them?

To be honest, if the script is good and you’ve cast the right actors in each role, you’ve largely run out of ways to screw up. The problems only really creep in if you’ve rushed the script or miscast people – which is never the fault of the actor – and then the task is to use all the skills at your disposal to make it all work, one scene at a time.

What advice would you give to up and coming audio drama writers or directors?

I’m fairly reluctant to give people advice – mainly because I have doubts about how applicable my subjective experience is to other people – but I suppose the best thing to remember is that audio is an extremely malleable medium, so try lots of things and don’t limit yourself dramatically, except in cast size, perhaps, as that’s where the budget gets eaten up. It’s theatre of the mind, the cinema of the head – so go nuts!

Although I’ve had been very fortunate to work with many incredible actors, I still go back to the casting of Julian Glover as the villain in the first series of The Springheel Saga as some sort of personal turning point for me. Not only is he one of my absolute favourite actors ever, his agreeing to take part in our fledgling production really did wonders for my imposter syndrome. And he was absolutely brilliant in it.

Mainly I listen to factual podcasts on history, folklore and cult film and TV, but a couple of series I’ve been catching up on now that we’re into the spooky season are Bafflegab’s The Battersea Poltergeist and Radio 4’s The Lovecraft Investigations: The Shadow Over Innsmouth. Both of which I highly recommend.

Thank you for the shameless plug question! There are a few projects I can’t talk about yet that will nevertheless be out before Christmas 2021 (including my BBC Radio 4 debut), but some recent-ish things of mine you might want to seek out are Red Moon, Albion: The Legend of Arthur on Audible, and the BMW sci-fi podcast series Hypnopolis. I’ve also got quite a few Big Finish audios available, including Doctor Who: The End of the Beginning, starring Peter Davison, Colin Baker, Sylvester McCoy and Paul McGann, Master! starring Eric Roberts, and Dalek Universe 2: The Lost, starring David Tennant.

Robert can be contacted at info@wirelesstheatrecompany.co.uk