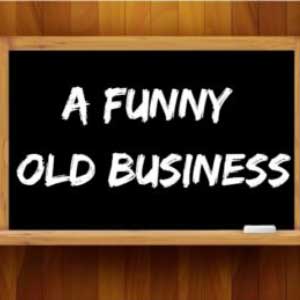 A funny old business – short radio comedy. Join an eclectic group of enthusiastic comedy students, and a Dalek, as they seek out their funny bones and duck the punch lines at Robert Mugabe University (Formerly Hackney Polytechnic for the Academically Less Gifted). starring Richard Rycroft (Game of Thrones)

A comedy about comedy school.