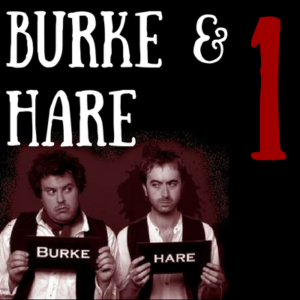 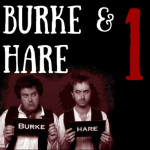 Burke and Hare. This is the story of the infamous 19th Century Scottish Grave-robbers who weren’t Scottish and didn’t rob graves. They were actually Irish and as robbing graves to supply the needs of Edinburgh’s anatomists proved to be rather hard work, they just took to murdering people – usually their neighbours – for profit. In collaboration with their common-law wives they set about supplying corpses for Dr John Knox, an eminent Scottish surgeon, with considerable enthusiasm and gusto. The play follows their business exploits from small beginnings, through their days of peak output to the final reckoning – set against a world that is becoming recognisably modern.