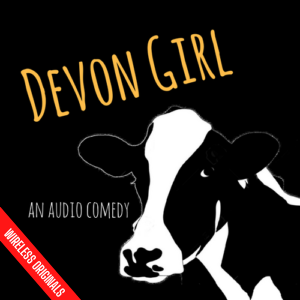 Ever wondered how life would be as a young woman running a Devon farm? Sally Anne Criplett is just that girl. Living with her mole obsessed, gun happy, cider drinking father, Sally has her work cut out. But with the love of local farm boy Johnny Hutchins and their mutual passion for Elvis and farm machinery, life can be full of frolicks. Devon Girl is a light hearted look at farming with a fair sprinkling of colourful locals, such as the adorable best friend Mary, an imposing lesbian vicar, and local irresistible calf dealer Richard Sucksmith.

Grab a cup of tea and sit back for a bit of a giggle with this new production directed by multiple award winning BBC producer Cherry Cookson.

Some content may not be suitable for younger listeners!